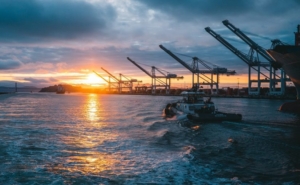 The initiator of the “Chinese Dream”, President Xi Jinping in 2013 envisioned to make China a great Nation by 2049, in line with the 100th anniversary of the Communist Party and that of the Republic of China.

The origination of Belt and Road Initiative (BRI) was part of this Chinese Dream that comprises six land routes and various Sea Lines of Communication (SLOCs). The Maritime Silk Road aims to develop the infrastructure of Silk Road Countries and enhance trade with them. Over 78 countries have become part of the Belt and Road Initiative connected between the regions across Asia-Pacific, Europe, and Africa.

The funded ventures under the Belt and Road Initiative (BRI) include development projects of Transport, Energy, Mining, Information Technology, and Communication Sector. The project further extends to the development of Industrial Parks, Special Economic Zones (SEZs), Tourism, and Urban Development.

The most remarkable projects of China’s Belt and Road Initiative include Railway line to London and Iran, Asian Gas Pipeline Project, The Khorgos Gateway, and The Gwadar Port. These projects hold great importance in marking the significance of China in the coming times and establishing its repute as the most powerful Nation in the global setting.

Among all the projects, the reality of Gwadar Port stands uncontested. The scope of Gwadar is established by the fact that this City will be the gateway of trade between China, its neighboring countries, and the rest of the world. The ideally located deep seaport is the biggest charm of Gwadar and among the main sea trade route under CPEC.

Gwadar is witnessing major infrastructural developments featuring Pakistan’s largest Airport, Cricket Stadium, its own dedicated Power Plant, and multiple other projects. The future of Gwadar Port is unprecedented, and it will pave the way for establishing a strong base for trade activities offering a large number of employment opportunities.

Gwadar enjoys a prosperous future of becoming a trading center. Housing need is expected to rise in near future with the speedy development of Chinese Backed Smart City Gwadar. A large sum of investments has been made in Gwadar’s Real Estate Sector which is expected to rise extensively with the increase in trade and tourism. It was foresighted by Mr. Imtiaz Rafi Butt, Chairman Rafi Group & Jinnah Rafi Foundation, who acquired land in Gwadar in 2004 and planned his project to cater to the upcoming increase in housing demand in Gwadar. Rafi Group has a proud history spanning over 4 decades in Real Estate and Land Development. We have delivered many successful projects in Lahore. Rafi Group is offering the largest private premier private housing project in the Port City of Gwadar.

“Green Palms Housing Project Gwadar” is an excellent investment opportunity in the shape of a luxurious housing scheme owned by Rafi Group. The project is approved by GDA and received its NOC for 1065 acres making it the largest private housing project in Gwadar. The project is in near proximity to the Central Business District and shares a front of 1.25 km on Makran Coastal Highway and a 1 km front on Kahan Avenue.

Gwadar Port is the perfect opportunity under CPEC for Pakistan in order to flourish and stabilize its economy and trade activity. The Port City will help Pakistan in establishing healthy relations with other countries through the active exchange of business. It will also open doors for a variety of cultures to come together, and make Gwadar a center of the globalized world.

All eyes are set on the Port City and the extraordinary fortune it will bring for Pakistan. The Sino-Pak friendship is rooting deeper as CPEC progresses. Gwadar is the proof of Chinese support and indicates the advantages Pakistan will get from this alliance.